Irish musician and frontwoman of The Cranberries, Dolores O'Riordan, died suddenly in London today at the age of 46. No details about the circumstances of her death are available at the moment, although police said her death was not suspicious. An update from the coroner is expected on Friday morning. Her family has requested privacy to grieve and process the events. The Cranberries have been a staple in the international music scene since their debut with Everybody Else Is D

After almost half a century of touring, writing iconic music, and inspiring international movements, music legend Sir Elton John announced that he would be retiring from touring. In a press conference this morning, John, 70, said that his next tour, aptly named "Farewell Yellow Brick Road," would be his last. "I can't physically do the traveling anymore," he said. "I want to be at home. I really want to spend time with my children at home. I've had an incredible life, but lif 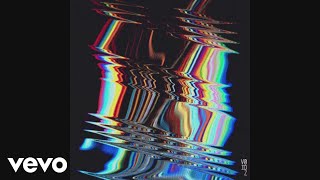 New From The Voidz: "Pointlessness"

The Voidz, Julian Casablancas' post(?)-Strokes project, released their latest single today: "Pointlessness." Virture, the follow-up to 2014's Tyranny, will take over record store shelves on March 30th. Is this new ground for The Voidz, or is it more of what we've already heard? Tell us your thoughts in the comments! #thevoidz #JulianCasablancas #newsingle #newalbum #news

The National announced on Wednesday that they will be performing their seminal album Boxer in its entirety for their final performance of Homecoming. The performance will take place Sunday, April 29th, and will serve as the festival’s finale. The National will also headline Saturday night, so there will be ample opportunity to hear their other work, including songs from last year’s grammy-winning Sleep Well Best. In addition to the Boxer announcement, daily lineups and additi

Stand Up To Violence With The March For Our Lives

For over a decade, every few months, weeks, and even days, the American news cycle is dominated by stories of gunmen causing terror and carnage in our schools, our theaters, our concerts, and our churches. It's time to do something about it. Cincinnati and other cities across the nation are rallying for gun control in the hopes of ending massacres like the one that took 17 lives on Valentine's Day last week at a high school in Parkland, Florida. Join the March For Our Lives!

Are you a musician? Do you have a desk and a phone? Then you have everything you need to enter NPR's Tiny Desk Contest! Back in 2014, NPR started the Tiny Desk Concert series as a means of discovering new music and giving artists from around the country a spotlight. The artists who win tend to find a lot of success: Fantastic Negrito won a Grammy, Gaelynn Lea has played the Kennedy Center and other renowned venues across the nation, and Tank and the Bangas headlined NPR Music

Check out the latest from our friends over at Bearcast Media: they've just announced the lineup for the Live on Short Vine festival! Head up to the culture hotspot in Clifton Heights on Friday, April 6, for a day full of local music. You might recognize a lot of these names from our own radio stream here at INHAILER! #LiveonShortVine #festival #BearcastMedia #Moonbeau #Sylmar #FreakMythology #SpeakingSuns #Xzela #LipstickFiction #Audley #RosewoodCoast #Soften #InThePines #Mis

The daily lineup is finally here! Columbus-based PromoWest Productions’ annual Cincinnati festival will be June 1-3 in Sawyer Point and Yeatman’s Cove. The Chainsmokers and Blink-182 are heading up Friday night, with Incubus taking Saturday, and Jack White bringing the weekend to a grand finish on Sunday. Tickets are $179, unless you want to go nuts with the $450 VIP package or the Ultimate VIP Package for $1,399. If you’re on a budget and one day outshines the rest, you can

March For Our Lives: Organizer Interview and Photo Recap

Last weekend, Cincinnati saw it's younger generations take the lead in creating change. The March For Our Lives, which took place in Washington, D.C., and in nearly every major city across the country, also took over Downtown streets on the morning of Saturday, March 24. In spite of an early spring snowstorm, over one thousand people congregated at Cincinnati City Hall on Plum Street at 11:00 AM. Local MFOL organizers pumped up the crowd and explained the March's intent: to t

Scott Hutchison, lead singer and guitarist of Scottish band Frightened Rabbit, has died at age 36. He disappeared Wednesday afternoon in what his bandmates called "a fragile state," prompting a search by police and calls for his safe return by his friends, family, and fans all over the world. His body was recovered last night in South Queensferry, Scotland. As a child, Scott was a "frightened rabbit," as his mother put it. He grew up a shy and creative introvert and eventuall

Ultrasuede Studios Merges With The Lodge

John Curley's locally-famous recording studio, and with it a piece of the Cincinnati music community, has been shuttered, officially this time. Ultrasuede Studios, opened by the bassist of the Afghan Whigs in 1993, was among the best recording studios in the city for many years, recording such local mainstays as Wussy and the Greenhornes, among many, many others. And it wasn't meant to end this way, at least not according to Curley: he still had recording sessions on the book

If something you poured your heart into with the well-being of others in mind was crushed with pettiness and disregard for your efforts, how angry would you be? This is the situation TRIIIBE finds itself in. A homelessness-focused charity event organized by the social-conscious hip hop group is facing down the City of Cincinnati in a fee dispute. Potluck for the People, one of the group's several community outreach efforts, takes place on the last Sunday of every month. Volun

Local DJ Injured After Being Dragged By Pickup in OTR

A Cincinnati DJ is in the hospital is still in critical condition after being dragged by a car Saturday morning. Andres Bautista was on his way to his girlfriends car in OTR after leaving a bar early Saturday morning. The car was side-swiped by a red four-door pickup truck; when Bautista attempted to confront the driver, he lost his balance and grabbed onto the truck's side mirror. The driver then sped off, and Andres was dragged by the truck for several blocks. Bautista's lu